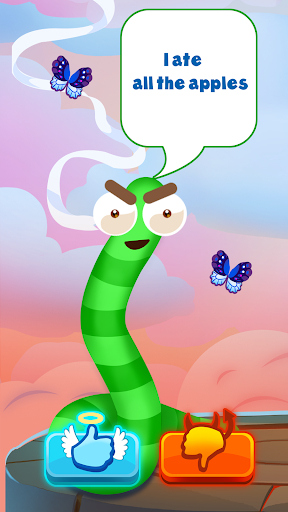 The Feature of Worm out: Brain teaser & fruit: