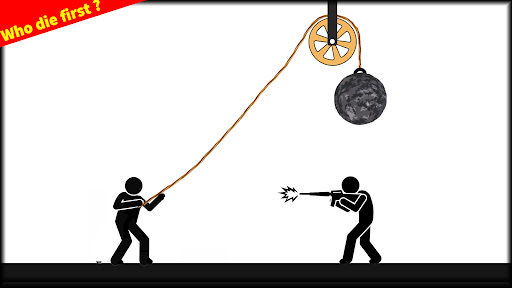 The Feature of Who Die First: Stickman games: