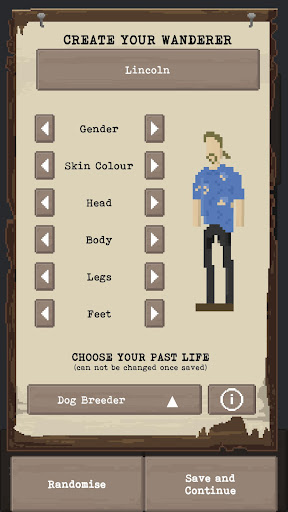 The Feature of The Wanderer- Project Survival: