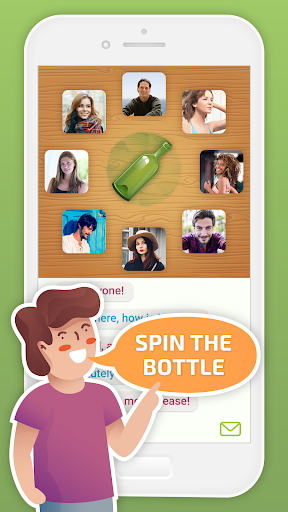 The Feature of Spin the Bottle: Meet & Dating: