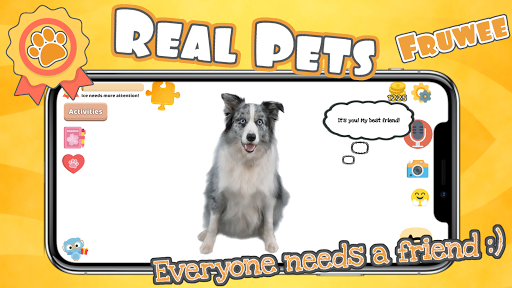 The Feature of Real Pets™ by Fruwee: