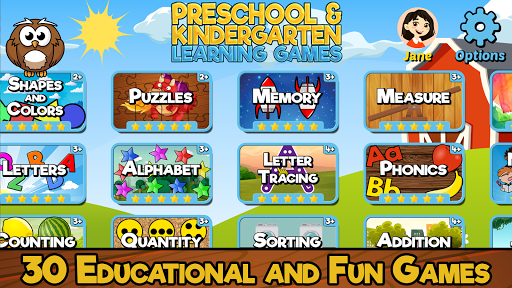 The Feature of Preschool & Kindergarten Games: