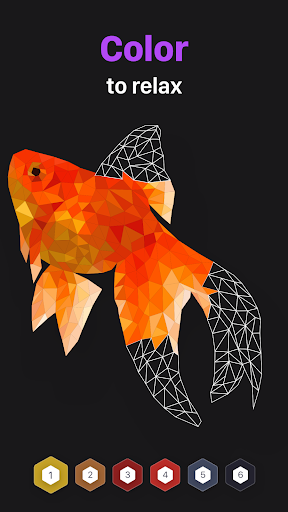 The Feature of Polygon: Coloring-Book, Art: