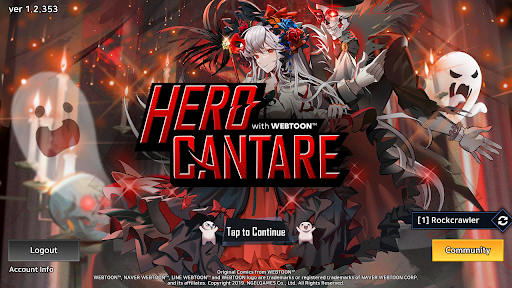 The Feature of Hero Cantare with WEBTOON™: