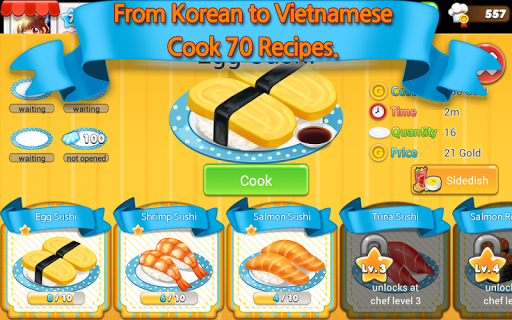 The Feature of Hello Seafood 2 for Kakao: