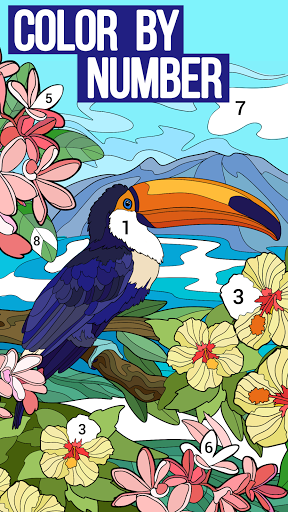 The Feature of Happy Color® – Color by Number: