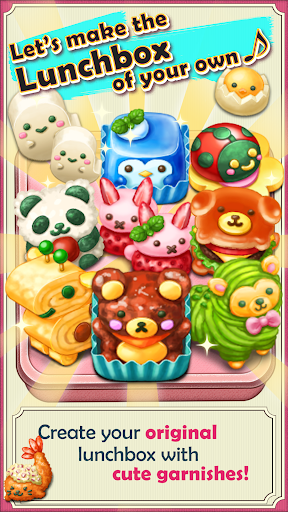 The Feature of Fluffy! Cute Lunchbox: