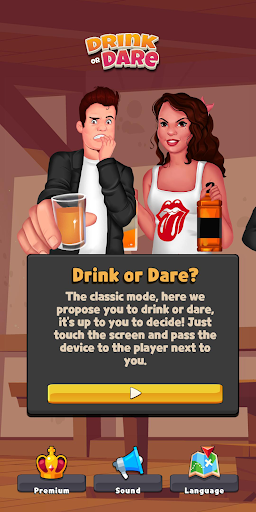 The Feature of Drink or Dare (Drinking game):