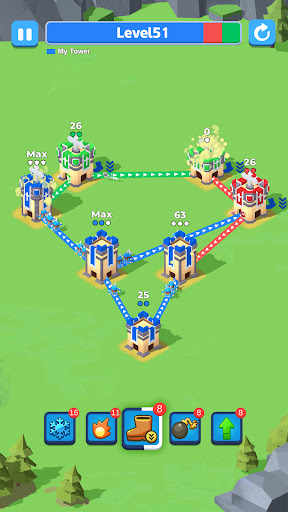 The Feature of Conquer the Tower 2: War Games: