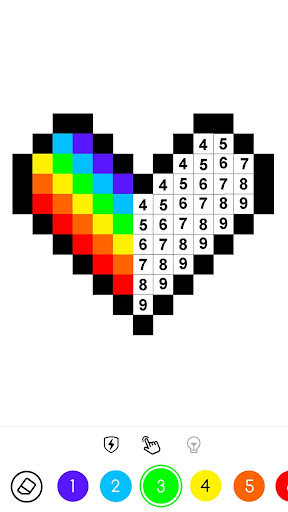 The Feature of Color by Number ®: No.Draw: