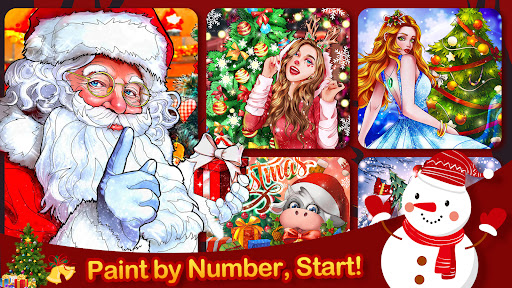 The Feature of Christmas Paint by Numbers: