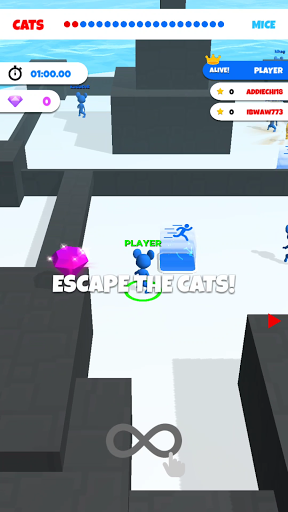 The Feature of Cat & Mouse .io: Chase The Rat: