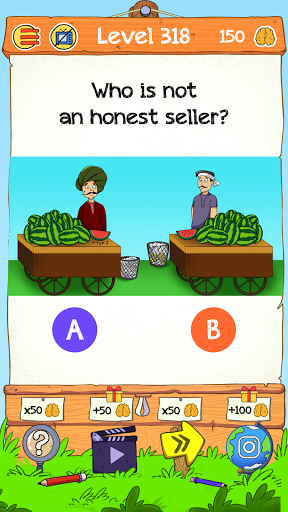 The Feature of Braindom 2: Who is Lying? Fun Brain Teaser Riddles: