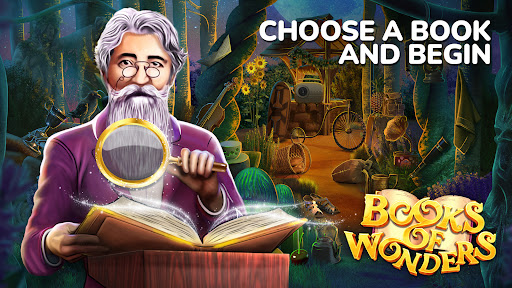 The Feature of Books of Wonder Hidden Objects: