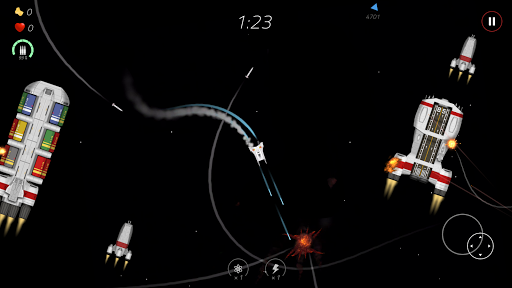 The Feature of 2 Minutes in Space: Missiles!: