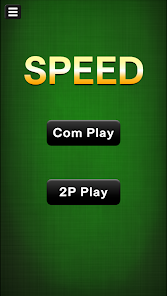 The Feature of Speed ​​[card game]: