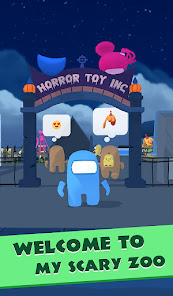 The Feature of My Scary Zoo: Monster Tycoon: