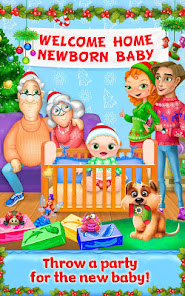 The Feature of My Newborn Sister-Xmas Miracle: