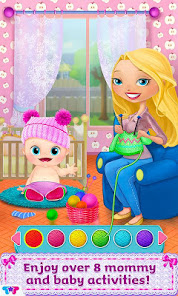 The Feature of My Newborn – Mommy & Baby Care: