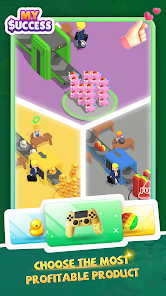 The Feature of My Factory: Boss Life: