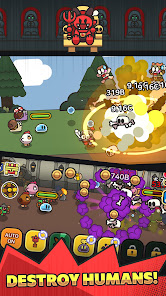 The Feature of Legend of Slime: Idle RPG: