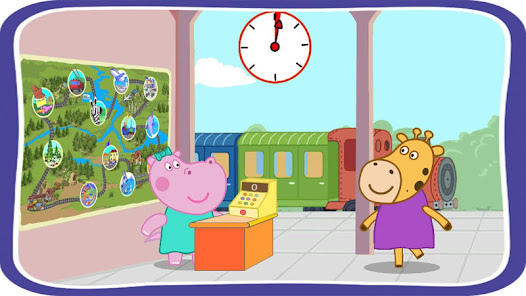 The Feature of Hippo: Railway Station: