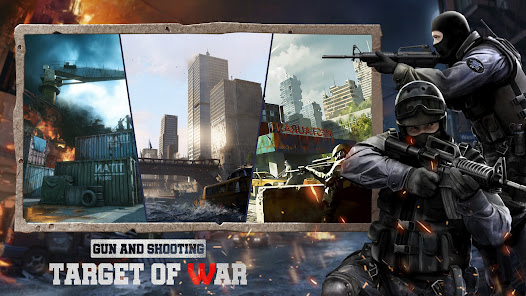 The Feature of Gun and Shooting: Target war: