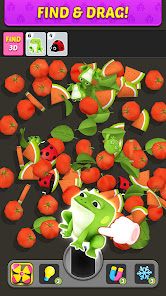 The Feature of Find Em All! Hidden 3D Objects: